This forum is part of the Barracuda Bicycles website, located at www.barracudabicycles.com.

A forum to showcase your Barracudas.
Post Reply
4 posts • Page 1 of 1

This is the second Barracuda I built and sold. This one went to Austin, TX if I remember correctly and I believe the gentleman ended up ditching the suspension and going fully rigid. I think this one was sold to me as a 1996 model but again I am not sure. It came from a man in NY so I am assuming it is one from the Ross generation. This rig came in just under 30 lbs at 29 and change. What little riding I did on it was great. I really liked the colors on this one. Anyone ever thought about retro fitting a rear disc onto one of their rigs? I've seen some after market parts that allow for this kind of upgrade but they look to be pretty bulky and ugly. The ones from A2Z look pretty nice but I am not sure they are available for Cudas. Anyway, just a thought.
Top

Beauty!!!! I had an A2R back in the day, color scheme was similar but had silver instead of white. Wish I still had it....
Top 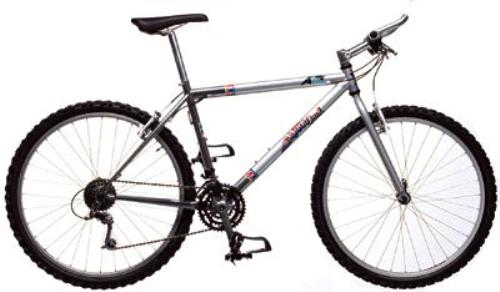